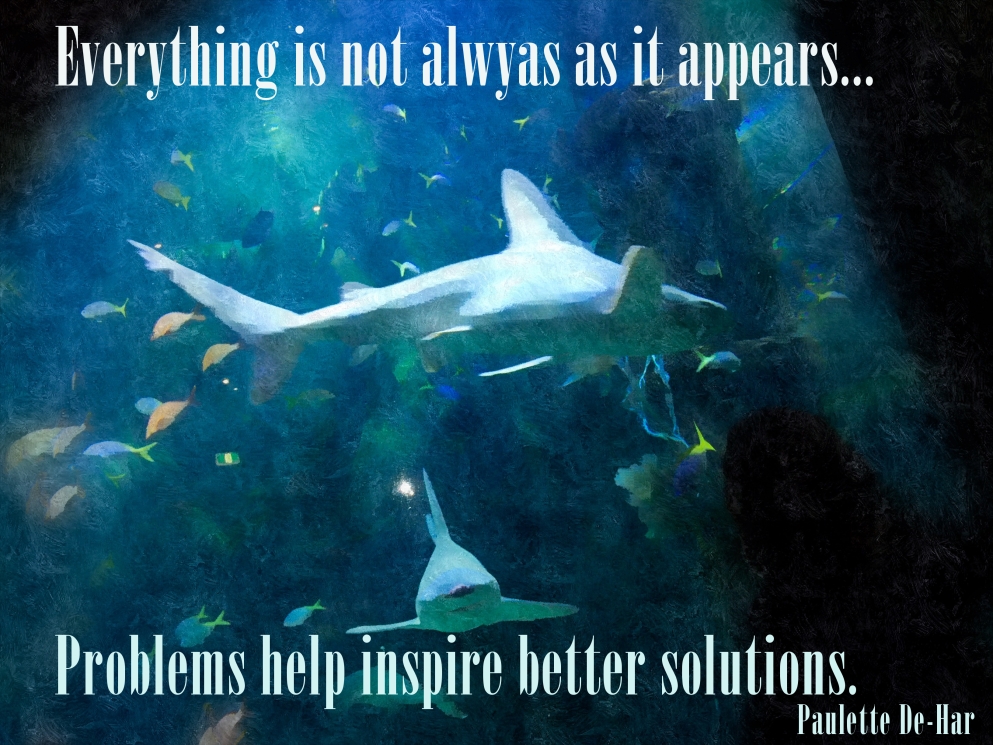 Although I try not to complain too much to others and prefer to move into a better feeling vibrational place on my own regarding whatever I may have resistance about, like everyone here, I do sometimes slip and complain.
So the other day I was complaining about being busier than usual, and by husband commented, “You’re just lucky every day is not like that!”
Well, I’m not quite sure what possessed him to say such a thing (that’s not true, I knew exactly what he was trying to tell me of course) and my response was a very strong, “Luck has nothing to do with it!” Which pretty much ended the conversation. (Which was my way of saying, “I can’t believe you just said that to me, you know what I think about that comment!”)
There are a number of very different perspectives this comment can come from, both positive and negative.
1. I see things are working out well for you and I have no idea how, but would love to know how!
2. I see things are working out well for you and it makes me feel jealous because nothing seems to be working out well for me and I don’t know why?
3. I see things are working out well for you, and I’m annoyed because it feels like I’m working much harder than you but not receiving what I feel I deserve.
4. I see things are working out well for you, I bet you’re really appreciating it; I totally want to know what you’re doing! Do you think some of that will rub off on me!(Hehehe….I hope so!)
It’s not so much about the words we are speaking, but the intentions we hold while we are speaking them. (Remember, it’s not possible to hide what our true intentions are, the Universe knows, and so does everyone else usually) But it would be true to say, the better our intentions are as we speak our words, the more meaning and importance these words have, especially when they are heard by one that’s in a close enough vibrational vicinity to truly hear them.

So in the past it annoyed me when people commented I was “so lucky” when something good was happening in my life, because I always felt like no matter whether this was coming from a generally positive place or a negative place on their part, it always downplayed anything we may have done through our thought and action preceding this wanted circumstance turning up, as if things were just unfolding magically in our favour, with no effort or input from ourselves? And although this may be how it sometimes appears when observing others, there’s always more to the story than this.
There are many ways one can go about achieving that which they are wanting, but it always comes down to what our thoughts are regarding whatever we’re wanting, that then inspires action.
What did I just say?
I think I said, every action, no matter what that action is, is inspired by and through the thoughts we’ve predominantly been thinking in relation to whatever the subject is we’ve been thinking about.
So for anyone to take any action, positive or negative, wanted or unwanted, there has been thoughts that have been given enough focused attention (whether we’ve been aware of them or not) that the Law of Attraction has responded in-kind to, that attracts manifestations of the same vibrational frequency and inspires us into actions that are also in the same vibrational vicinity.
That’s a very good thing to know, don’t you think?
What that means, is that by the time we feel inspired into taking action, there is quite a lot of momentum behind us that makes it quite difficult to pull back from doing…. which isn’t a problem when it’s a positive action that is moving us in a direction we are wanting to go, but if it’s a negative action that is moving us in a direction we are not wanting to go, it takes some very strong will power to not carry that action out to its conclusion.
Well, now you might be thinking, “That doesn’t sound too good now?” And I say, “It is not possible to hide from the truth, the truth is the truth, whether we are liking it or not.”
But like I’ve said before “Knowledge is Power”