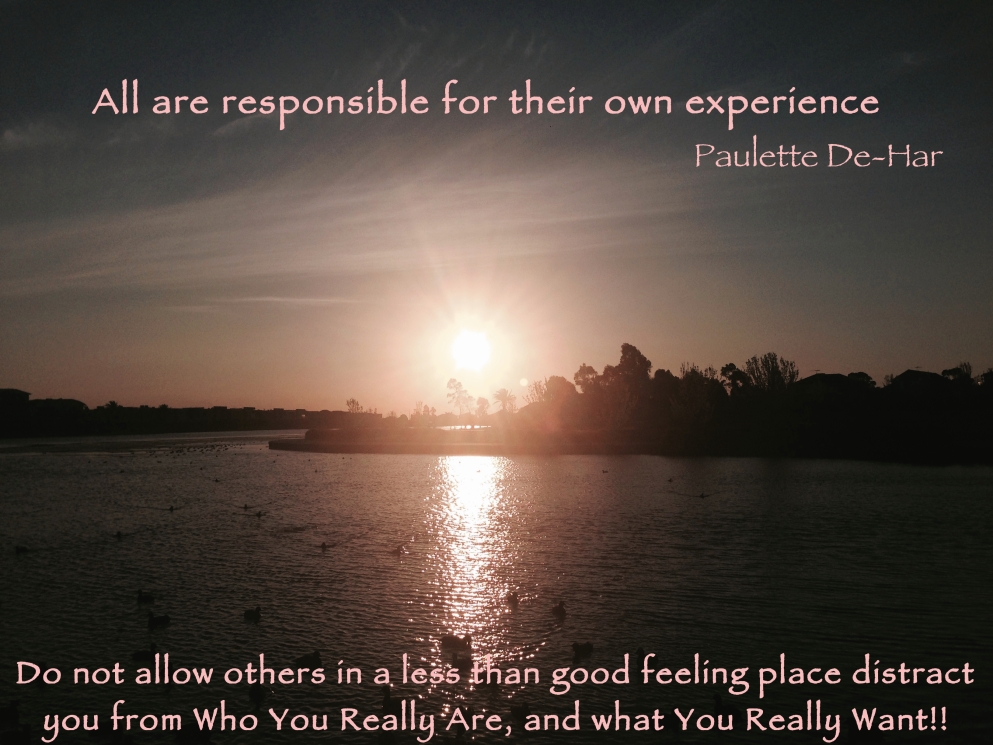 These are lyrics from the recent awesome song Blame, by Calvin Harris featuring John Newman.

If I had a dollar for every time I’ve heard someone utter, “Don’t blame me,” or “It’s not my fault”….I would totally be rich!! Hehehe

Although there are very real consequences that come from the actions we and others take, if we’re starting to understand we are the creators of our own life experiences and that we create those life experiences through our own focused thoughts and attention…..One must come to the realisation that blaming others for circumstances that have manifested in our lives is a futile and counter productive endeavour.

If blaming others feels good, this is because we are moving into a better feeling vibrational place than we were currently in before we choose to blame. In other words, moving from a less powerful place to a more empowered place which is a natural and good occurrence. This is our natural tendency and desire to feel as good as we possibly can at any given moment in time.

So blame can be a good short-term place for us to be in as long as we don’t get stuck there for too long. It’s quite a strong negative emotional place to be in and does draw unwanted circumstances if we allow ourselves to stay there without making the effort to move vibrationally.

I like to think of it as a bit of a balancing act between taking responsibility in a positive way for what comes into our experience and acknowledging that everyone is in different vibrational places that we don’t have control over. It’s virtually impossible to remember every thought and feeling we’ve had to every circumstance we’ve experienced in the past, so these small unwanted occurrences can be a good opportunity to move into a better vibrational place on something we might not have been previously aware we had a vibration about.

It’s difficult not to blame when we feel someone has done something with the intention to hurt us, and this does take some time and effort to move to a better vibrational place about, but it is important to do if we want to create improved circumstances in our future experiences.
If we do find ourselves in situations where others are intentionally being unkind, it’s a good idea to walk away, but if we feel we must stand up and say something, speak as calmly and emotionally neutral as possible being prepared to walk away if they want to argue.
It’s also good to remember that how others behave is more about who they are currently being, rather than it is about who we are currently being.
I do not say this in a negative or revengeful emotional way but more as a statement of fact and Universal Law…. If those that are intentionally being unkind to others knew that they would eventually receive back that which they have originally given out, they would not be doing such things….

Focusing as much as possible on the aspects in our lives that are good and on what we are wanting in a positive way is a great way to receive more of what we love and are wanting…..And I say, “That is so Awesome!!” 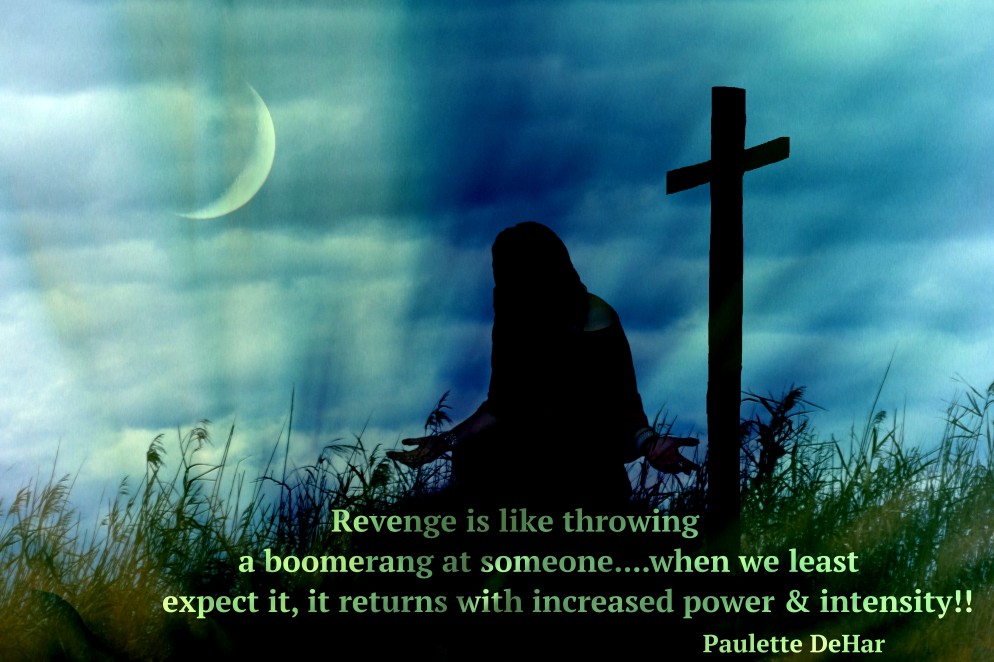 Well….If we’re in a place where revenge feels better than where we currently are, the answer would have to be, temporarily, yes…..

But one thing is for sure, no matter where we’re sitting emotionally at the time of carrying out such actions, in the long-term, revenge never ever, ever achieves anything we are really wanting to experience in our lives. This is because the Law of Attraction is adding power too and returning too us what we are giving out, whether we are aware of this or not.

Don’t worry if you’ve had such thoughts in the past, I don’t think there’s probably many people that have lived that haven’t felt these types of emotions at one point or another. The question isn’t whether we’ve had revengeful thoughts or not, but whether we’ve moved ourselves into a better feeling place before we’ve taken any action against someone therefore creating even more power and momentum behind such thoughts, words and actions that will play out in full physical manifestational form if they are not moved into a better feeling vibrational place.

Seeking revenge for something when you feel someone has wronged you is very different to standing up for ones self, and that difference is all about the vibrational place we’re coming from when we carry out whatever actions we feel are necessary for us to come into a better feeling vibrational place.

If we want revenge, this always comes from a negative, not good feeling vibrational place. Even if the thought of it does feel good, it’s because the feeling of revenge is sitting in a better feeling place than where we currently are, whereas if we are standing up for ourselves from a positive feeling place, we have usually already found a better feeling place in relation to what has taken place but may still feel like some benefit may come by further discussion.
If this is what we are wanting to do, one needs to be very strong and focused about keeping a neutral or positive emotional place and be prepared to leave the situation or conversation if things get heated from the other side otherwise there’s a chance of getting pulled down to someone else’s not good feeling vibrational place and that’s not really ideal.

Even if this does happen, it’s not the end of the world because no matter what happens, we have the ability to bring ourselves into a better feeling vibrational place on every and any subject that’s important to us…..But it would also be true to say, it’s easier to bring our thoughts around to a better feeling place before something has physically manifested, because now we have to deal with that manifestation and all the momentum it’s created. Even once something has manifested, we can still improve our thought, it’s just easier to do before it’s a solid reality that’s staring us in the face.

Thoughts of revenge are often fuelled by a desire not to let someone get away with intentionally treating us badly or not nicely, and if actions are taken, it’s often the returning of what has originally been given out, an intention to hurt.
The problem with this is, we may be returning what was given out, but in like fashion, we will also be the receivers of what we have given out. None of us can get around the powerful Laws that govern this Universe, and for me it’s enough to know if people are doing such things, even if it’s personally directed towards me, they will be the receivers of their own creations through their thoughts, words and actions…..unless of course, they make an effort to move to a better feeling place, and I hope they do.

I know it’s not always easy, but by focusing on not nice things others may be doing and retaliating against them in a negative way means they have succeeded in bringing us to a place where through our own focus on what they have done, we are now in a similar not good feeling vibrational place as them, and for me, that is absolutely unacceptable…..
I use all my power and focus to not allow others to have control over how I am feeling. I know I cannot control what others are doing, or who they are currently choosing to be, but there is something I have 100% control over, and that’s myself and how I’m feeling, and I do my best to exercise that power always, but especially when unwanted circumstances arise I feel negative emotion about.

So by paying attention to how we are feeling and generally making a relaxed effort to feel better than how we currently are, especially if we’re experiencing negative emotion, as time goes we find ourselves in better and better feeling places with less time spent in the not so good feeling places…..

And that really is something worth feeling great about….Wouldn’t you say!!